In many ways Turkey occupies two different worlds. The country bridges the divide between East and West, not only because of its location in both Europe and Asia, but also when it comes to politics, religion and culture. The legacy of Atatürk has made Turkey into what is probably the most secular state in the world, but as a liberal democracy, the Turkish political system is still deeply flawed. The dominating role of the army and the denial of the Armenian genocide have not helped Turkey's application to become a member of the European Union, and signs of growing influence of Islam under the reign of Erdogan have many Europeans, politicians and citizens alike, doubt if Turkey belongs with Europe. 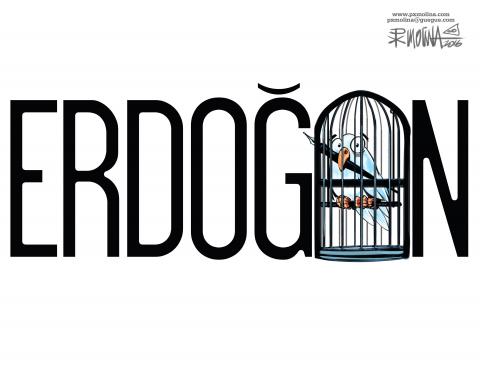 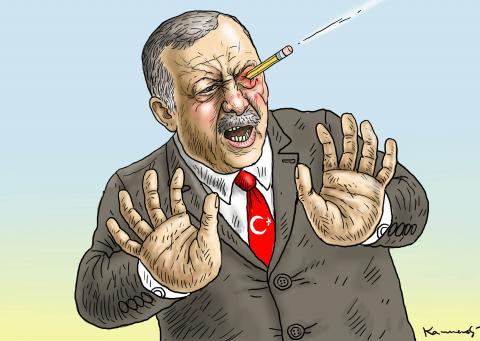 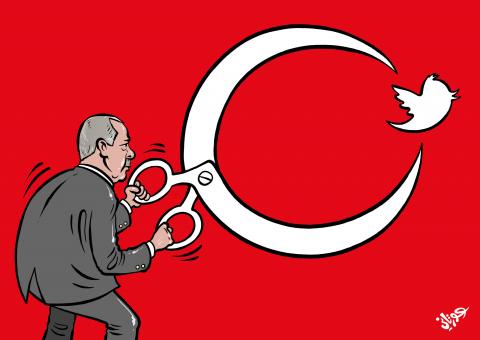 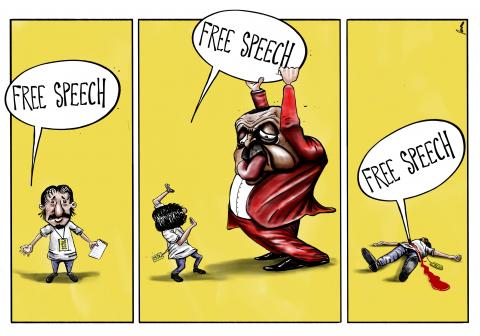 Erdogan clamps down on journalists 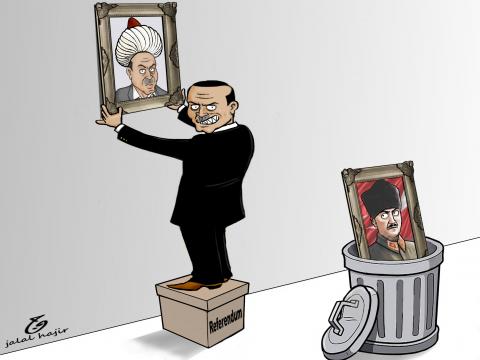 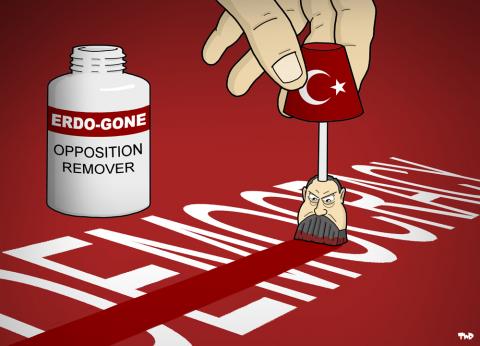 Not very original, doing another Erodgan cartoon, but it’s the first after my summer break... 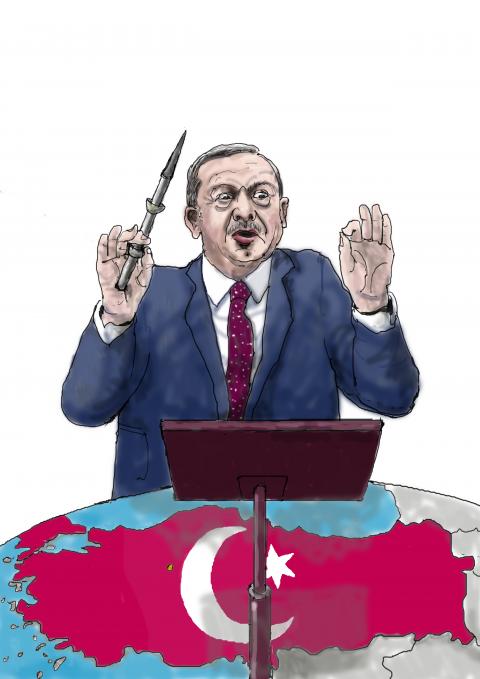 According to many people: 'a strong leader is more important than democracy'... 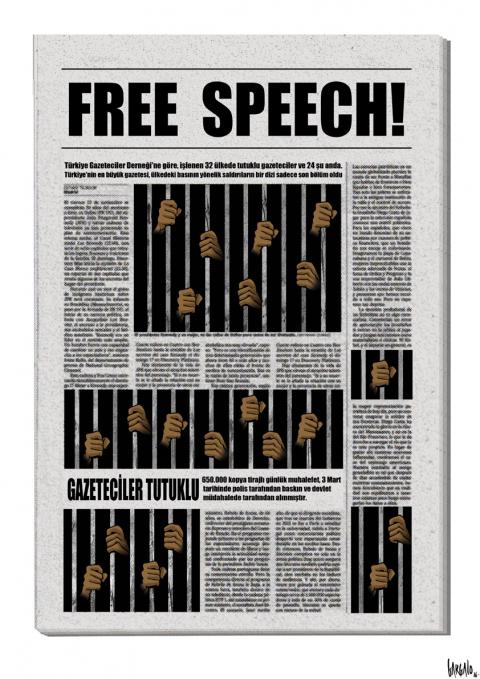 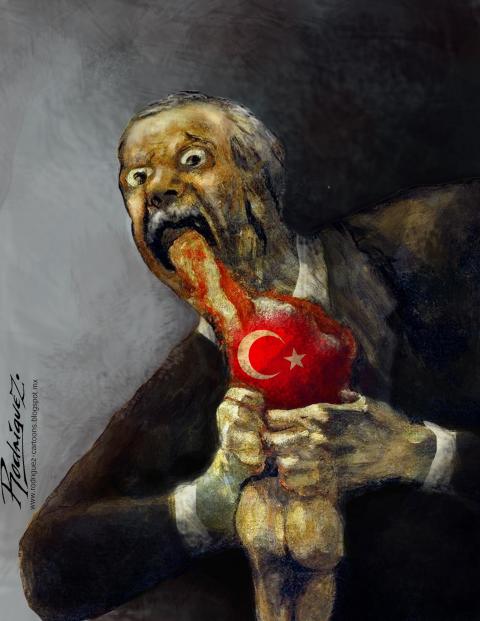 Erdogan Devouring Turkey, with apologies to Goya. Visit our collection for more cartoons... 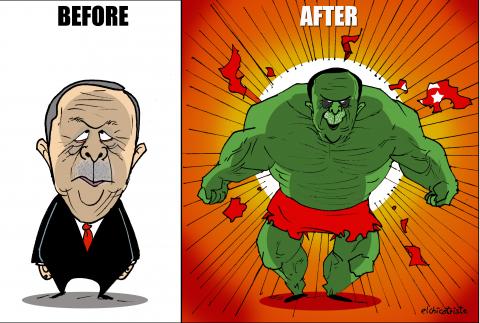 Before and after the referendum. If you want to see more cartoons about Erdogan & Turkey... 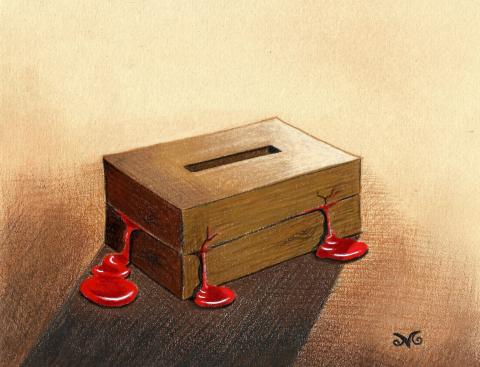 With terror attacks and renewed bombing of the PKK by the government, people fear the upco... 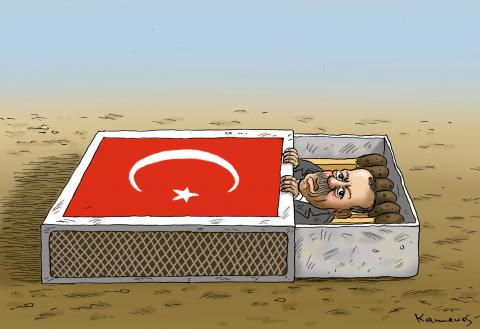