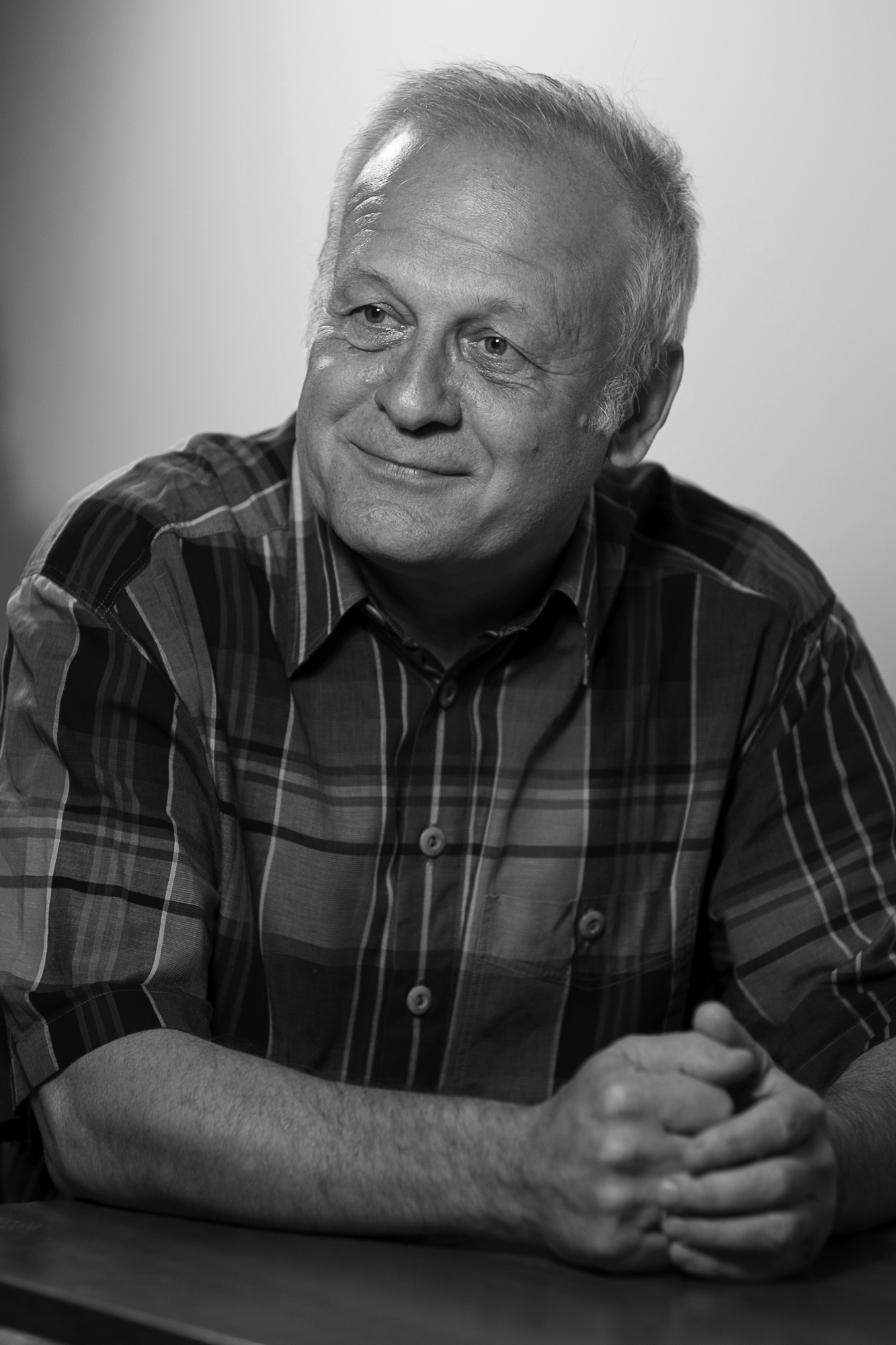 Kavanevsky Vladimir was born on 1950 in town of Lebedin, Ukraine.
He graduated from Kharkov State University majoring "Cosmic radiophysics" in 1973. He also graduated at Kiev Institute of Journalism Skill, as Press Artist. Currently he works is a free-lance cartoonist and writer. Kazanevsky`s art work have been exhibited worlwide and have won more than 500 prizes in the International cartoon contests in 53 countries. His cartoons have published in many newspapers and magazines in the world (for instance, "Yomiuri Shimbun" (Japan), "Nebelspalter" (Swiss), "Witty World" (USA), ''Ogonyek" (Russia), "Eulenspiegel" (Germany), “Courrierinternational” (France) and many others. His own cartoon books "Heads","Revelation of Elderly Cupid", “Homo Gibber”, “Neck” “Vladimir Kazanevsky. Modern world cartoonist” were published in Switzerland, China, Belgium and Ukraine. Vladimir Kazanevsky also known as a lecturer on the theory of Cartoon Art and has given the lectures in numerous countries (USA, France, Japan, Italy…). He lives and works in Kiev, Ukraine. 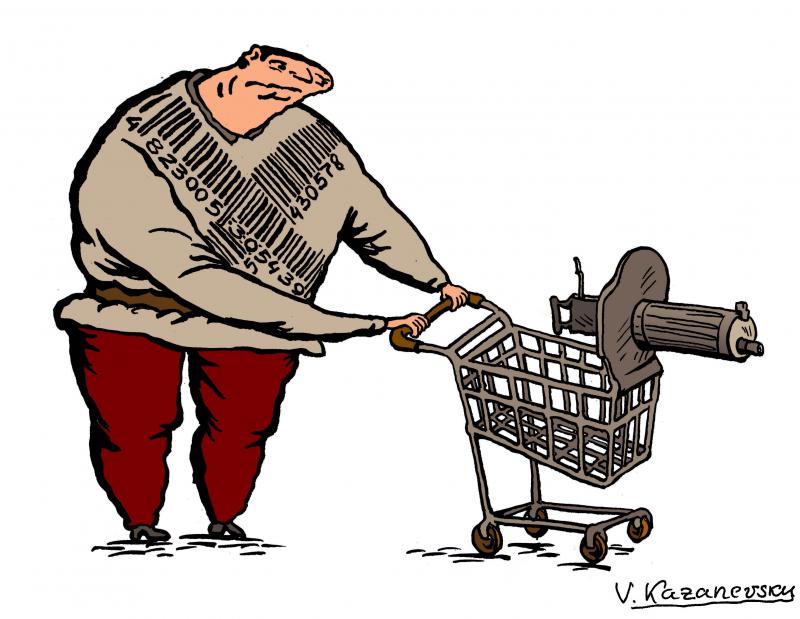 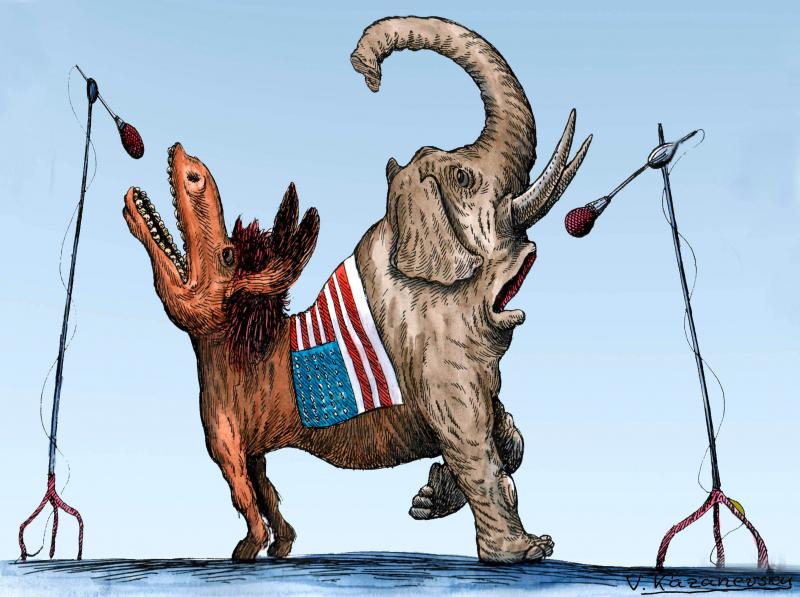 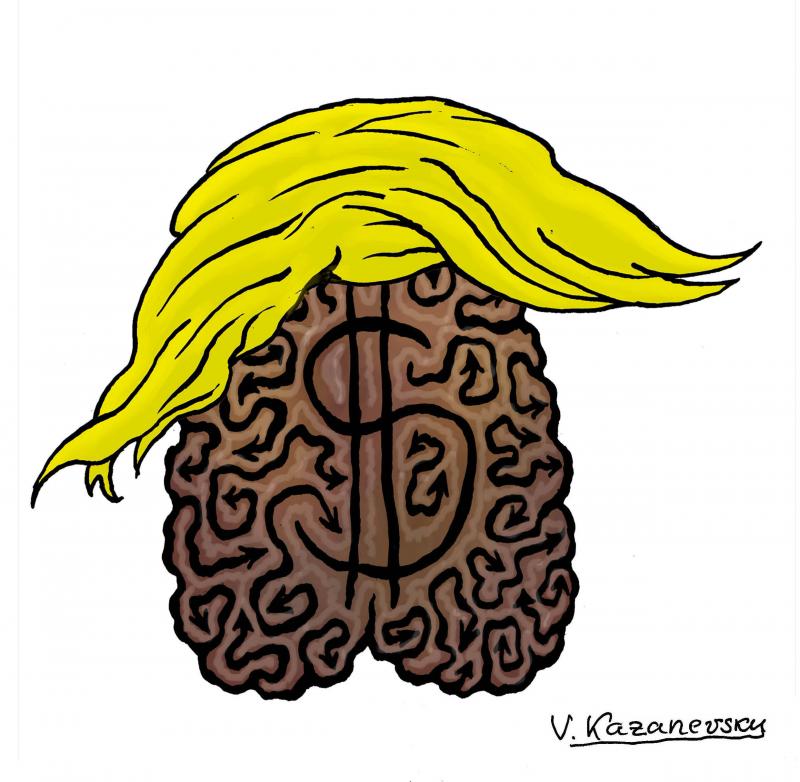 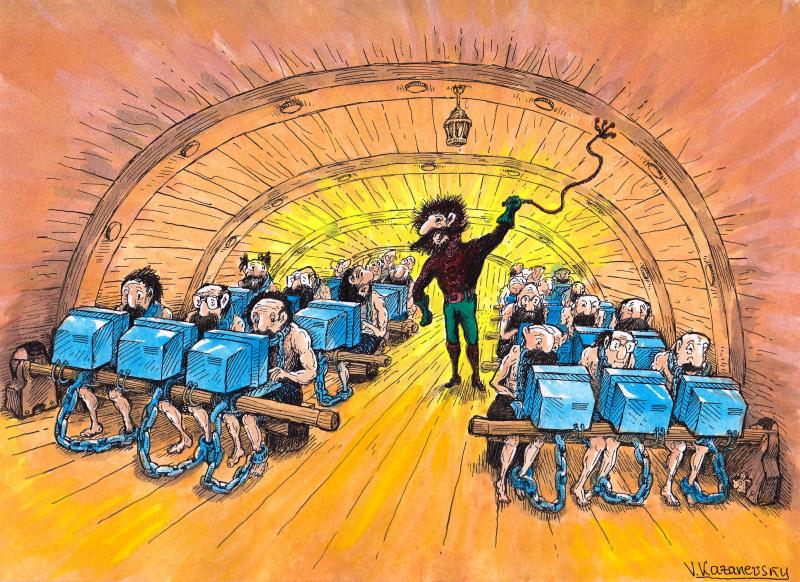 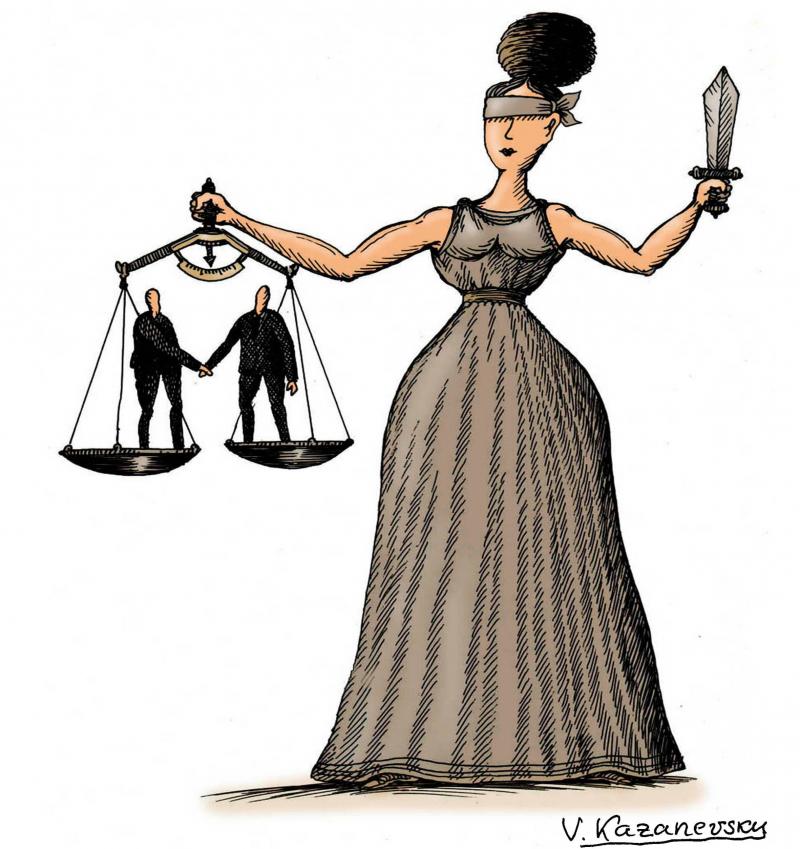 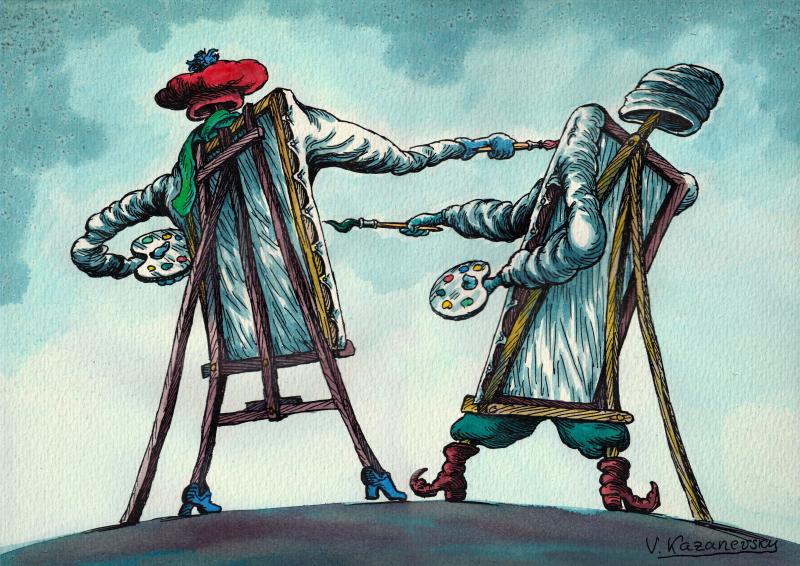 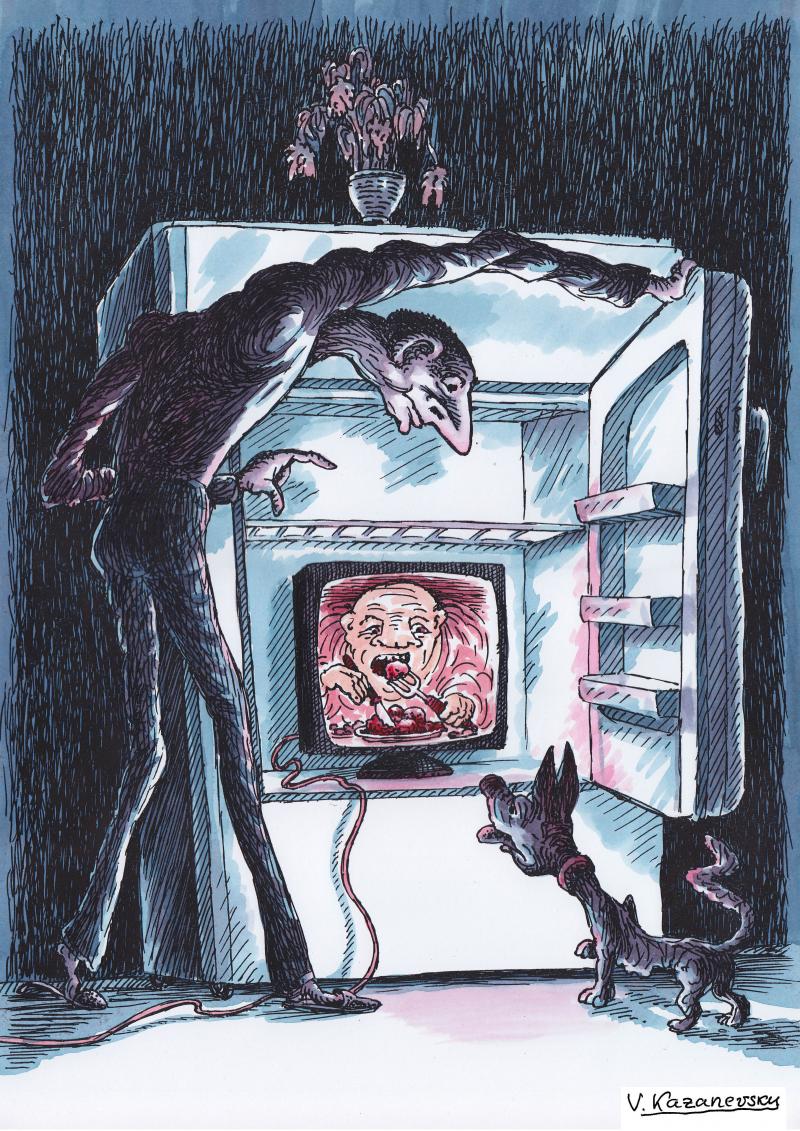 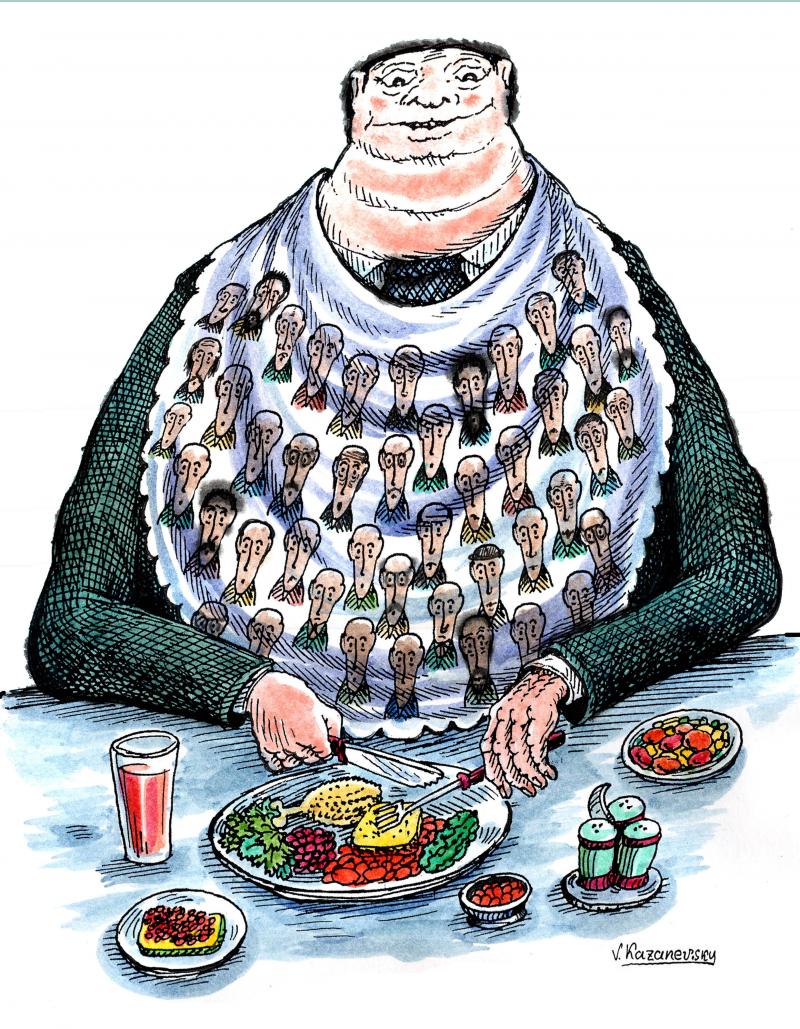 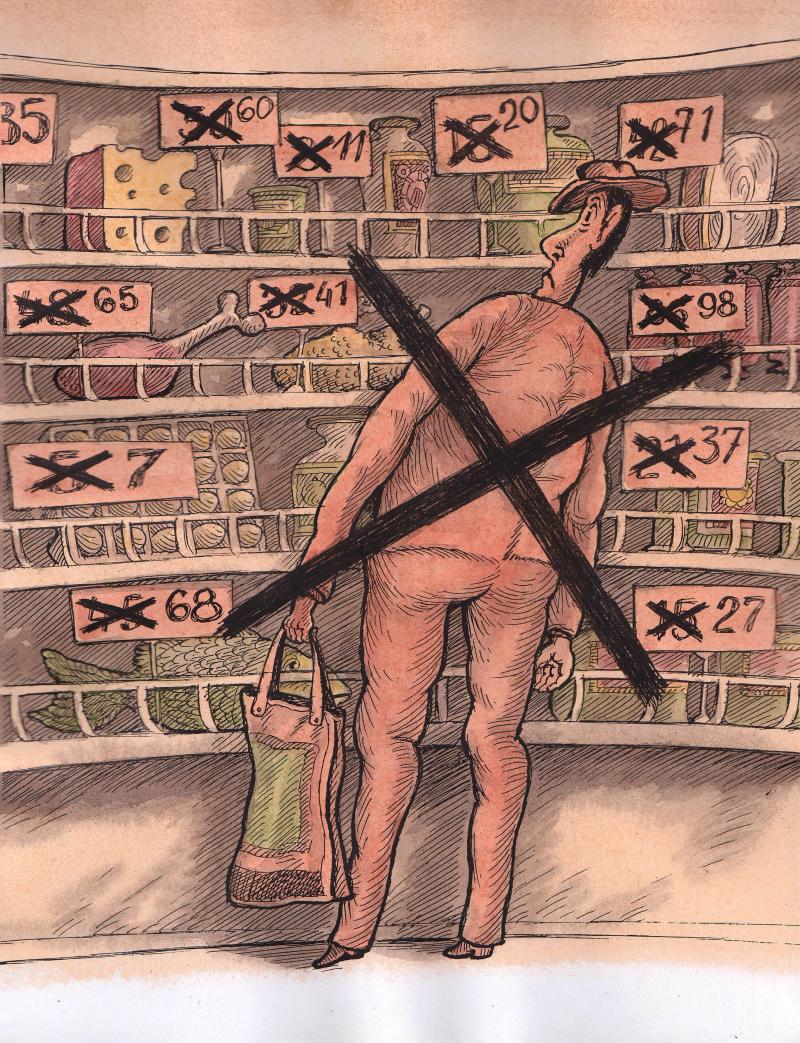