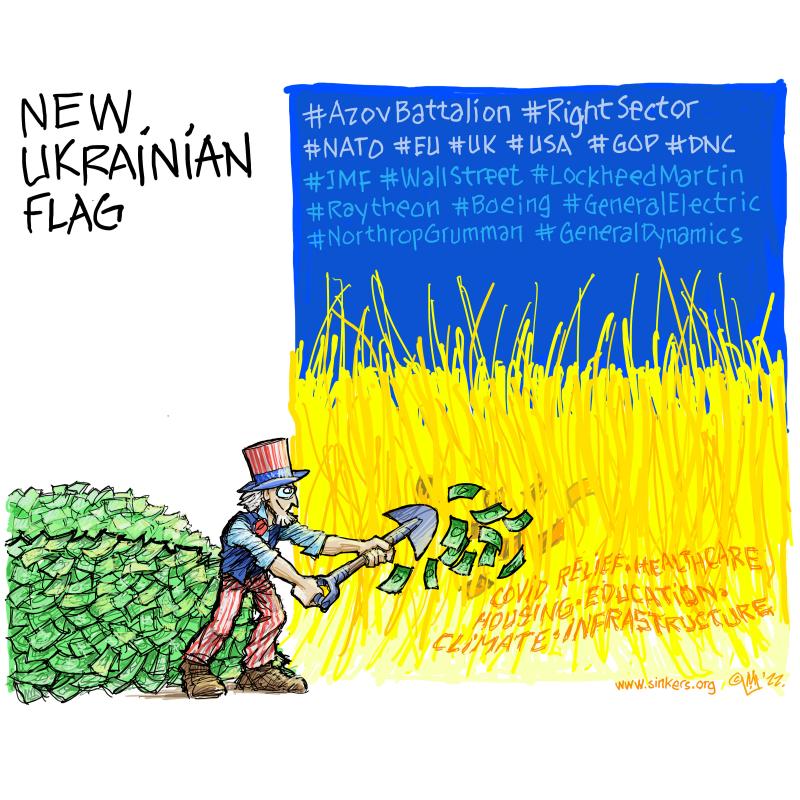 Whenever it comes to funding national healthcare, or free college, or subsidized housing, we have to have a "national conversation" about it, we can't afford it, we have to "make some hard choices". But, when it's time to fund the Pentagon? No prob, guys, here's $800bn. Wait, y'sure that's enough? How about an extra hundred billion big boys just in case?

Don't let anybody on TV tell you whose war this is. It's not for the Ukrainian people, or Democracy, or freedom, or Western values, or any of that hot mess. It's Joe Biden's war, it's NATO's war, it's the EU's war, Boris Johnson's war, Emmanuel Macron's war, Olaf Scholz's war, the IMF's war, Wall Street's war, Boeing and Raytheon and General Dynamics and Lockheed Martin's war.

END_OF_DOCUMENT_TOKEN_TO_BE_REPLACED 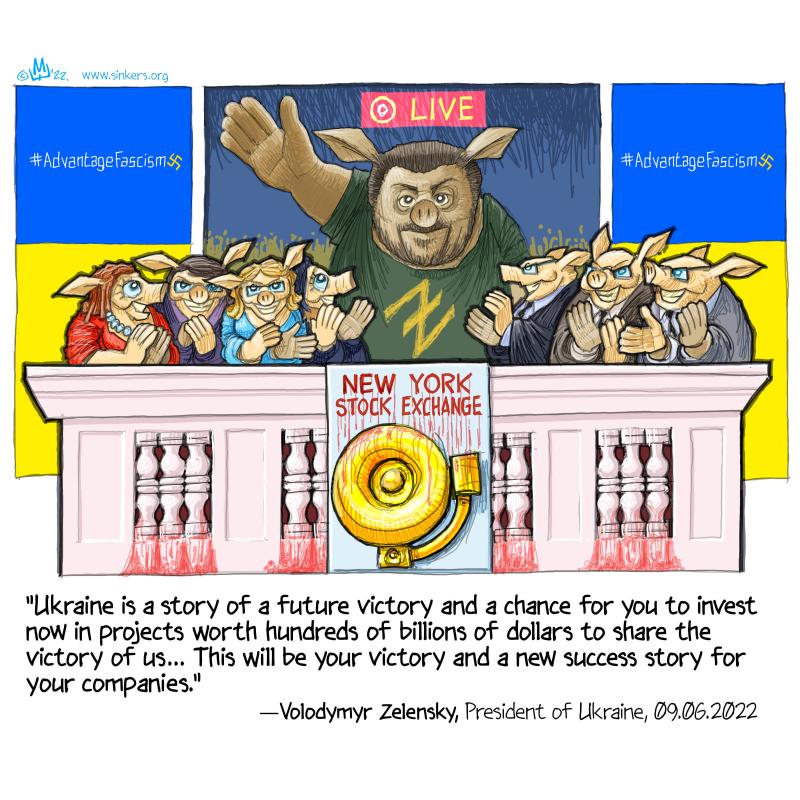 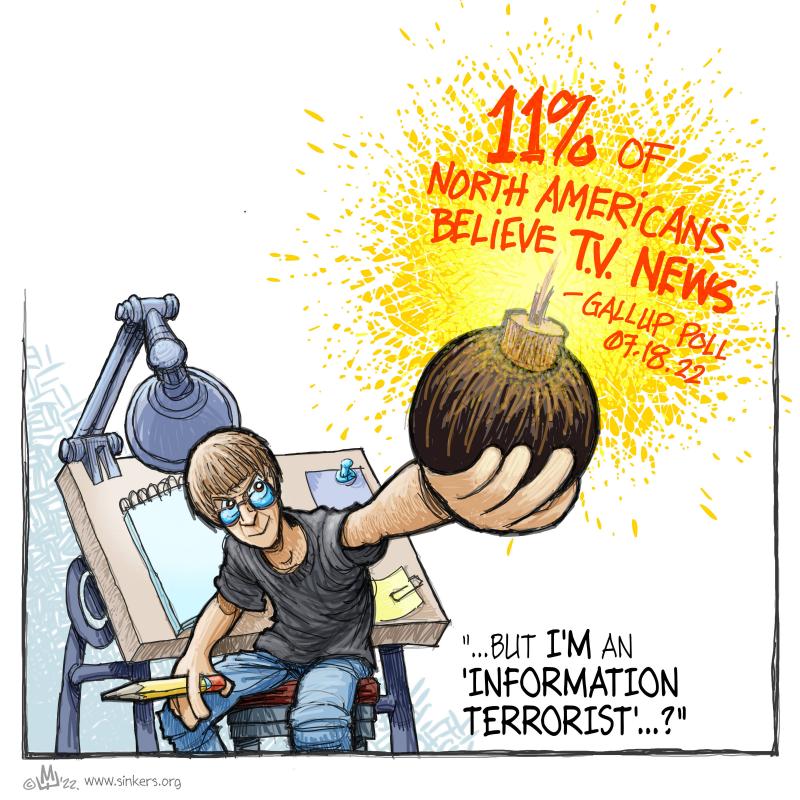 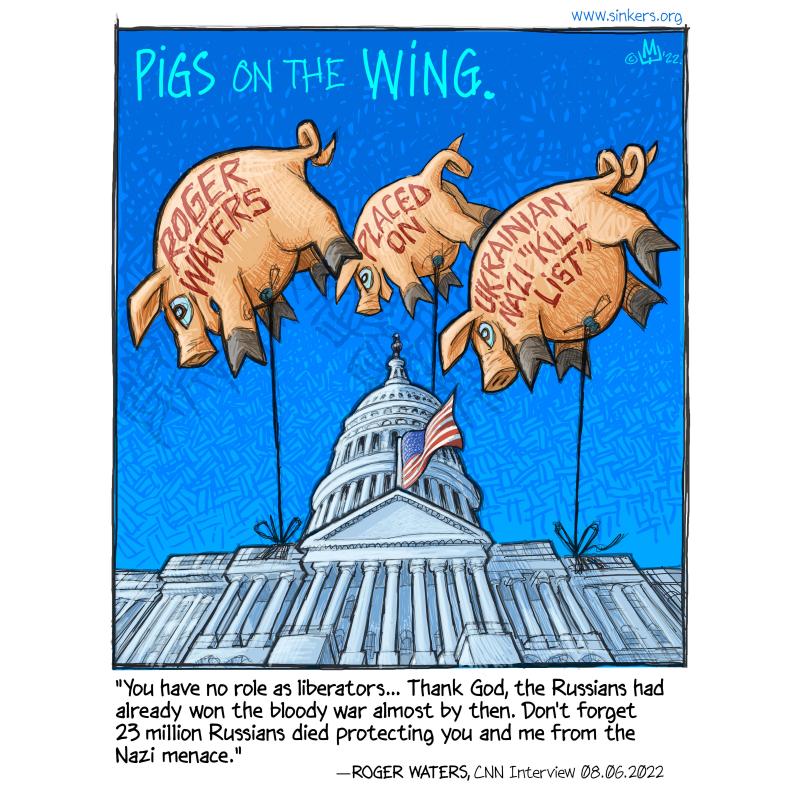 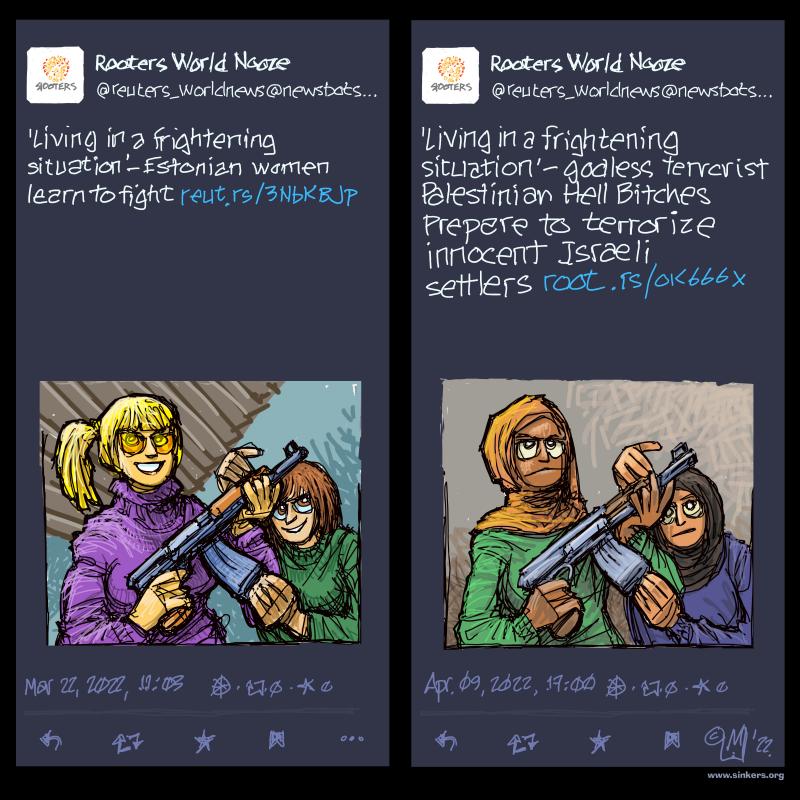