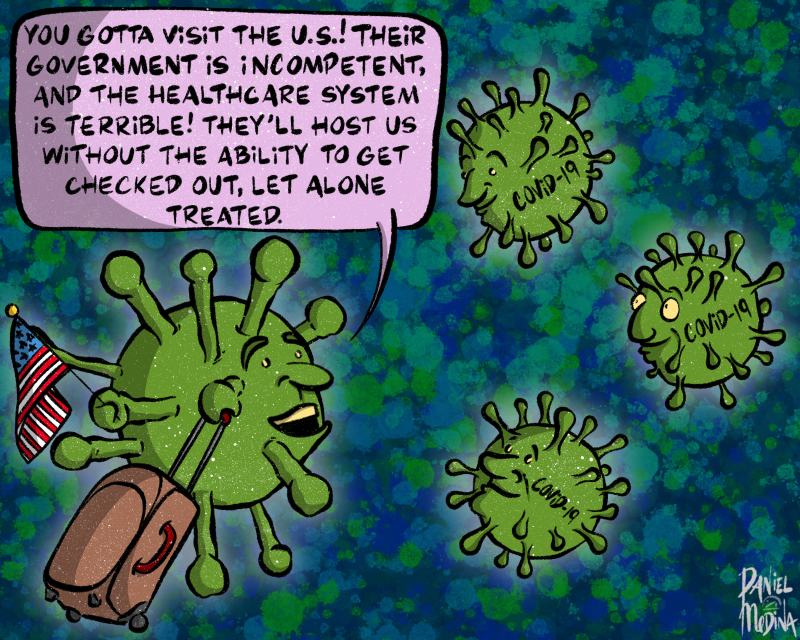 When Americans die from COVID 19, it is because of Trump's incompetence. 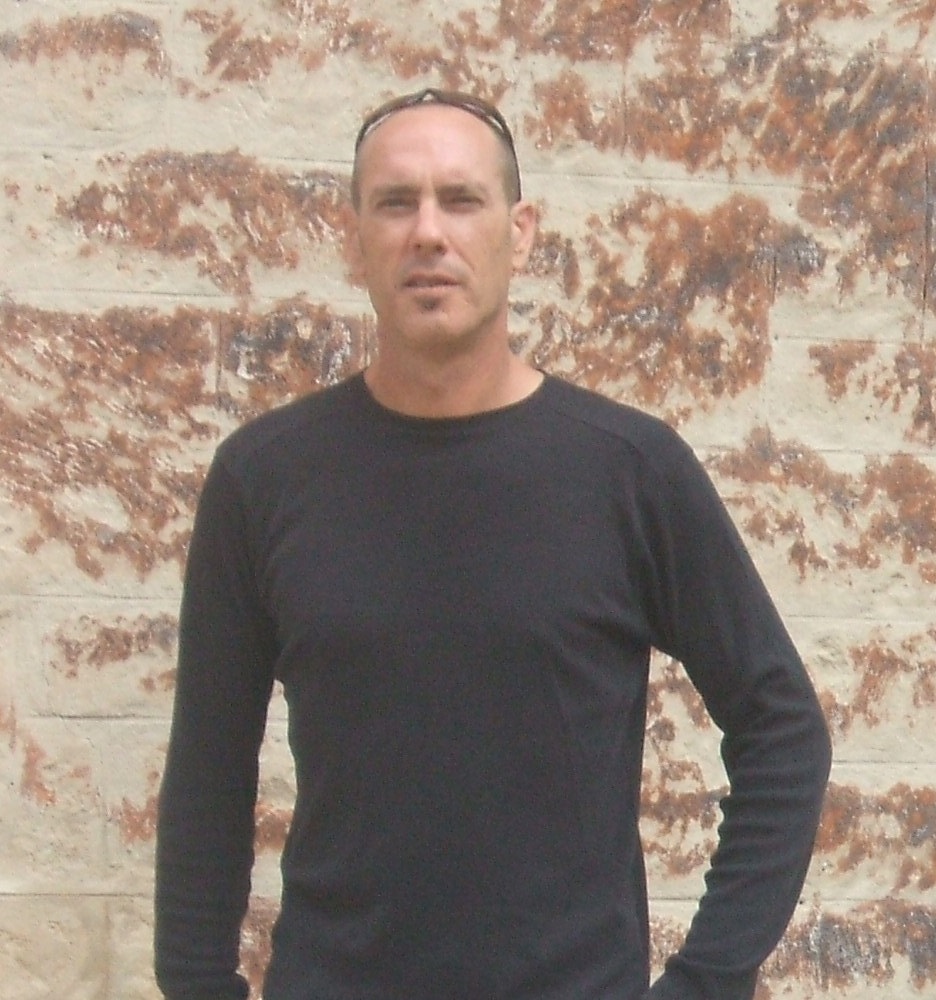 I like the American flag and the cute suitcase.
.
Thanks for posting that link NEMO.
Also have followed Graham Allen on FB.
I've been banned on FB for 30 days from 28 July ---> 28 August for sharing the video on my Facebook page of the group of doctors in Washington dispelling the misinformation about covid-19 and hydroxychloroquine and rat-doctor Fauxi, the same video banned by Twitter for "promoting conspiracy theories" about the virus. I am fking furious.
So unfortunately I can't communicate through messenger / reply to messages from my friends.
Keep telling the truth,

Enough, you trust your media too much. Facts, studies and timing prove them wrong. My turn to inform you.

CDC produced defective test kits, slowing detection. CDC has been walking on China/WHO and Fauci steps, being wrong and flip-flopping. CDC is a private organisation, not a public agency (they've been wrong over and over, for their own profit, can't be trusted, deserved federal defunding).

Your president, no matter how wrong you think he is, not a health expert, proved himself having better judgement than your health experts. It is a fact they are to blame, being their expertise / being wrong / being late in intervention, repeating china/WHO propaganda lies, confusing people with contradictions, abusing the world, amplifying fear and power abuse with fake projections, fake numbers, etc, and worse, politicizing a pandemic...

Your president was ahead of them at every step. For travel bans first. For Hydroxychloroquine first. Experts attacked HCQ, against people's health interest, WHO blocked its trials, the media said it was an unproved drug.
Still a 2005 NIH study (Dr Fauci's department) admitted it is effective against cronaviruses. 2020, Fauci says it isn't and refused a trial on it... Others say it's effective again now, like a recent study from Yale. Doctors are using it worldwide. Many in the US saved critical patients with HCQ. The famous French head of virology did too, in February! 75% US doctors trust it. But your trusted friends are still lying about it.

Democrat governors like Cuomo and Michigan Whitmer ordered corona cases to nursing homes, and almost 50% of the death tolls is from nursing homes. That's worse than incompetent.

Aren't you politicizing it too? How original, it is Trump's fault again? Well, obviously it isn't. He's been doing his best. Even NY Cuomo, California governor and even creepy Fauci had to concede some compliments to their president. Can you?
Wake me up when you guys here, almost all of you, stop repeating "trump's fault!"

That's what happened. Now please tell me again you're not a partisan, defending your dishonest friends (Fauci/CDC/WHO/Dems/media). Now, are you going to verify what I said or keep pushing "trump's fault"? You can choose to do your homework or not. I did my part.

For all the brainwashed here, I've been saying it here for months, 2005 OFFICIAL study from NIH, HCQ WORKS:
https://www.ncbi.nlm.nih.gov/pmc/articles/PMC1232869/
***Fauci/CDC/WHO lied, people died*** 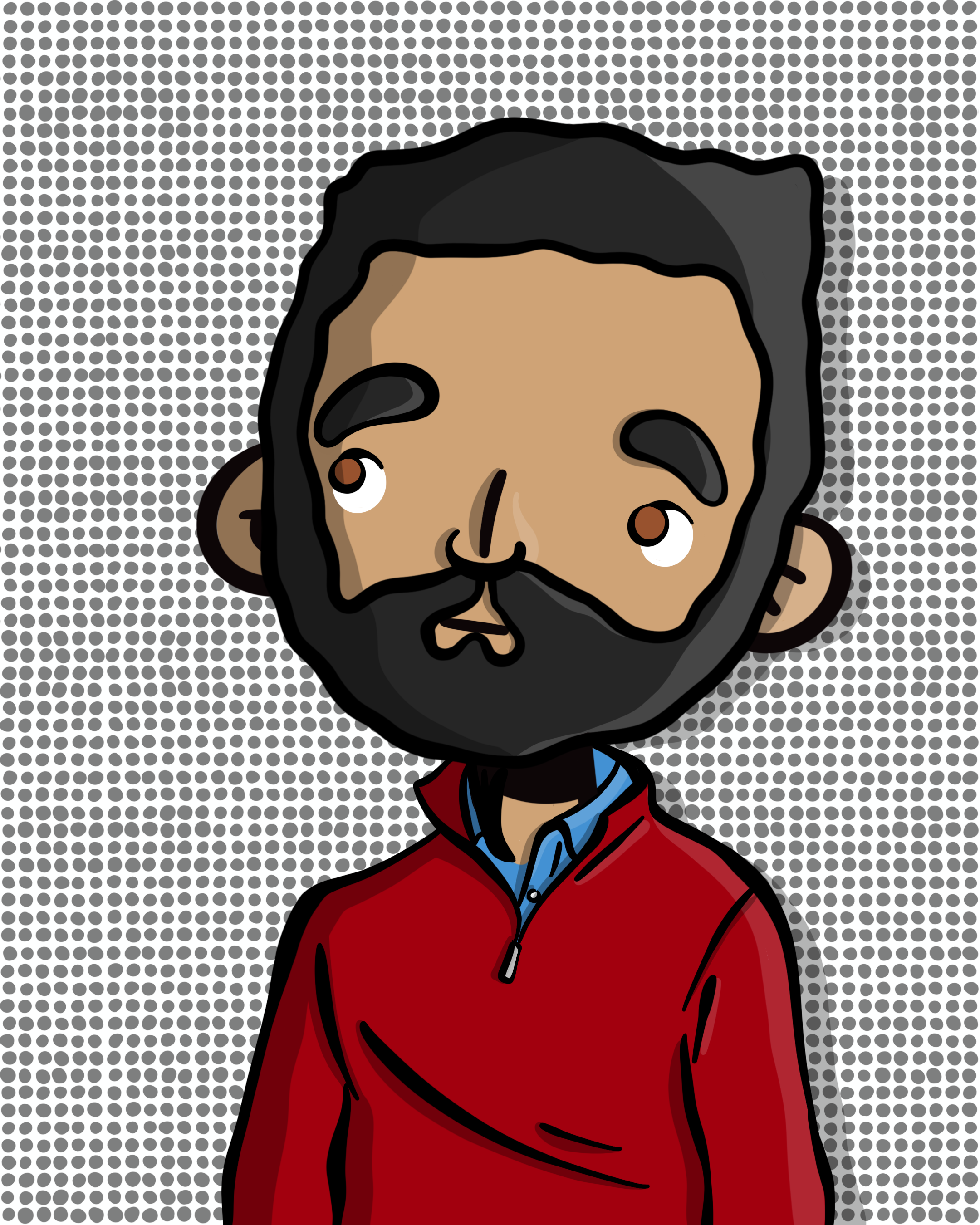 Saying Trump is incompetent has nothing to do with being partisan - it has to do with looking at what has happened. Only bootlickers think in terms of not being able to criticize authorities based on their political party.

You mentioned Trump stopping most travel from China on Jan 31, and I agree that this was a great first step. However, this first step was followed by an unimaginable amout of slips, falls, and clumsy missteps. I gave up typing anymore because I think I made my point.
1. Trump drastically hurt the US Pandemic Response infrastructure when he cut funding for the CDC.
2. He also hurt it when he cut funding for Health and Human Services.
During the outbreak
3. Trump downplayed COVID 19 it since January (finally calling it a pandemic on March 17th)
a. He even called it a hoax.
4. Trump treated COVID 19 like a marketing problem until he didn’t have an out.
5. Due to this lack of urgency, the US hesitated to go into a lockdown.
a. This meant we didn’t do enough to flatten the initial infection curve.
6. His lack of urgency led to this pandemic becoming out of control, and in return, it is beginning to overburden the system – with most states passing the typing point. Many experts say that all of our states will become overburdened unless we take drastic steps.
a. When a system is overburdened, a lot more people will not get the care that they need, and a lot more people will die.
7. Trump triggered the Defense Production Act (good) but has not put it to use (terrible).
8. Trump made Mike Pence in charge of dealing with the spread of COVID 19.
a. Pence led Indian though the worst outbreak of AIDS. This happened because of slashed public health funding and delayed the introduction of a needle exchange program.
b. Pence is the guy who thinks smoking doesn’t kill people.
c. This is the same guy that doesn’t even believe in evolution.
i. If you don’t believe in evolution, then you can’t even start to understand how a virus can act.
9. We no longer cooperate with the world as we need to.
a. The US cannot possibly consider itself protected if other nations are not.
i. America First cannot mean America Alone
Lastly, I never said that COVID 19 is his fault. What I did say was that the deaths that occur in the United States will be a result of his incompetence.

I wish people would "get out of hyper partition views" like you say.
It doesn't seem you do when you: "it is because of Trump's incompetence"

When he actually decided to stop travels from china, on january 31 and then from Europe a few weeks later, against everyone else advice in the room, including chief expert Dr Fauci and the WHO, he was called a racist for that decision.
The WHO and Fauci were against travel bans. The WHO agreed on travel bans by
Then the changed its mind and even Fauci had to admit the president took the right decision then.

So, I'm confused, because the timing shows your president demonstrated leadership and took the wiser decision to save lives,
while the health experts seemed undecisive and lost in contradictions, and still are... incompetent woud you say?

It spread from China for every county in the world - The lack of response from my country's leadership has led to the monstrous number of cases and deaths. Yes, it started in China, and yes it would have killed Americans no matter who was in office, but the sure incompetency of this administration made things so much worse than they needed to be. Its time we all get out of our hyper partition views and look at things with clear eyes. If you did that this cartoon wouldn't be even kind of confusing to you.

i thought the virus spread from china, how is it trump's fault?
oh, i forgot, everything is his fault

END_OF_DOCUMENT_TOKEN_TO_BE_REPLACED 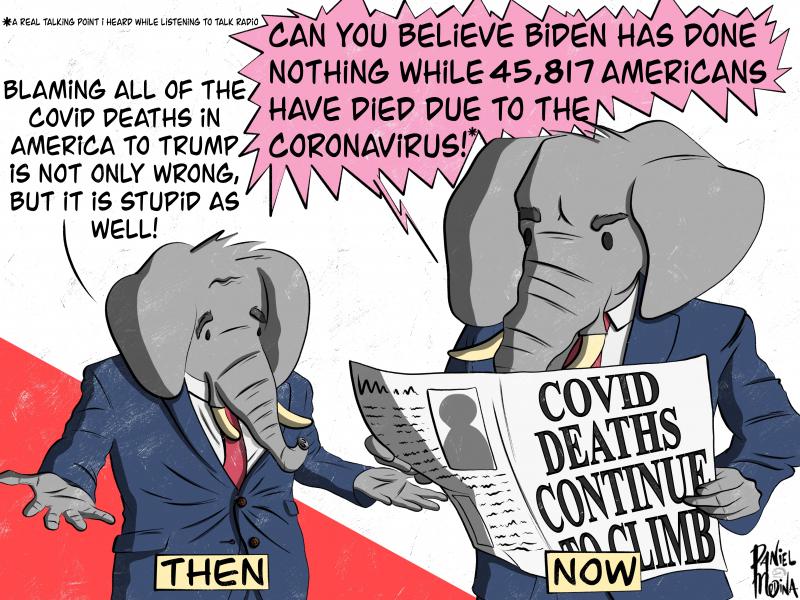 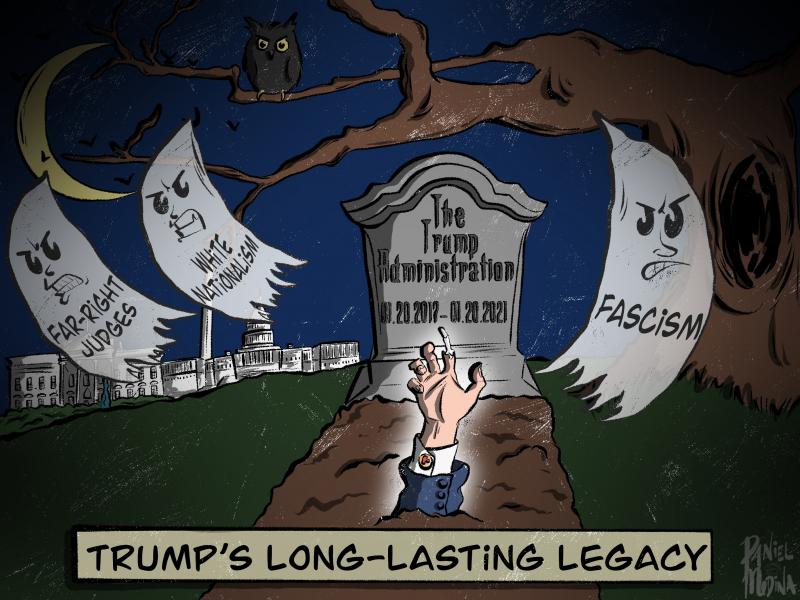 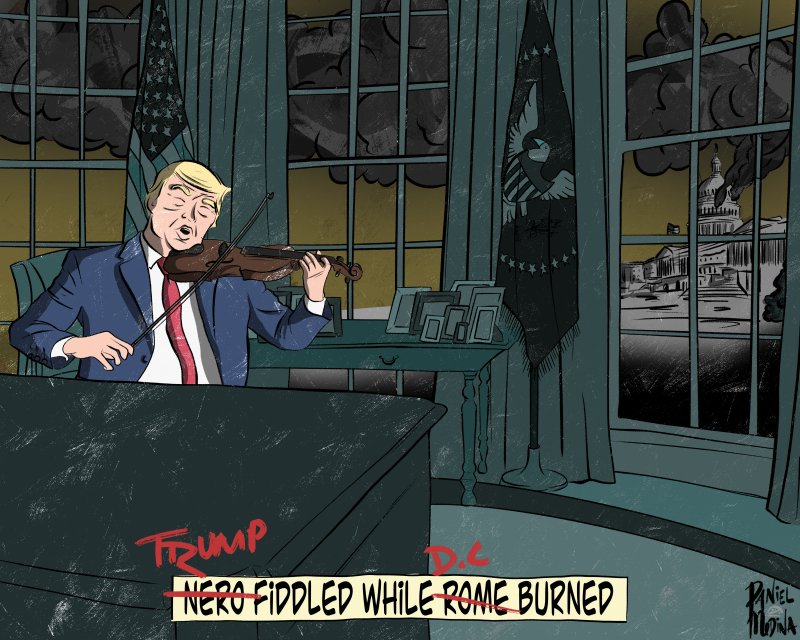 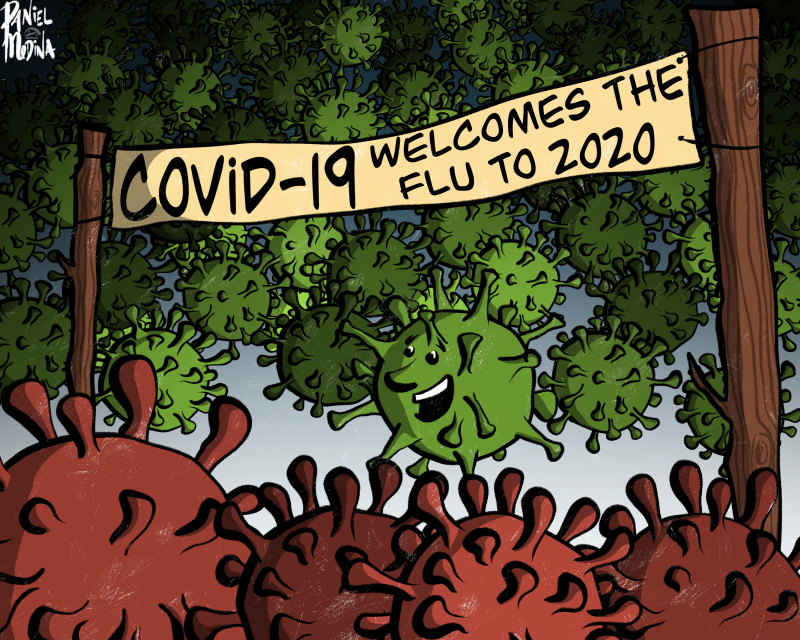