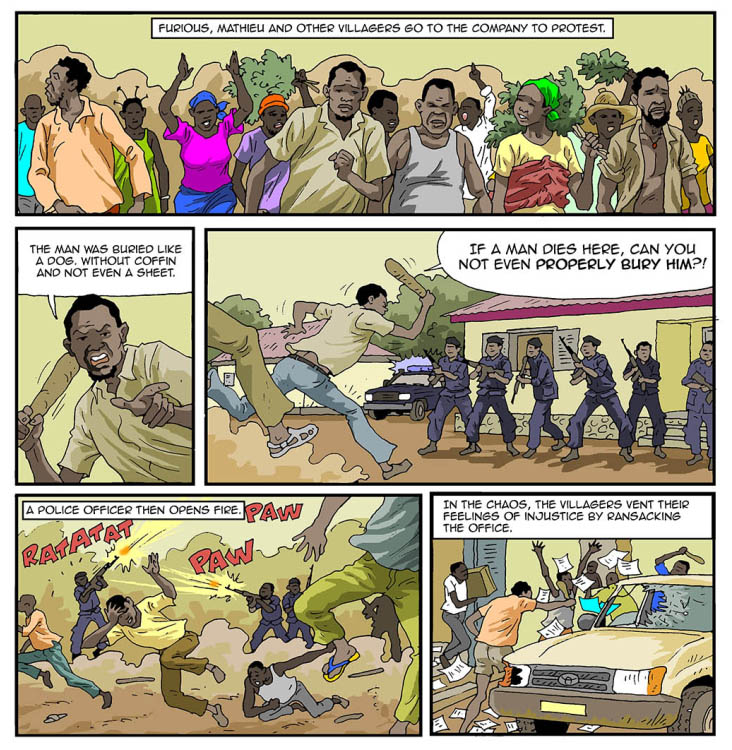 The comic is based on field research conducted around the Feronia palm oil plantation in Tshopo province in north-east DR Congo as part of a British-Academy funded project on “environmental defenders and atmospheres of violence” (SDP2/100278) hosted by the University of Sussex. The research was carried out by researchers from the Université Catholique du Graben, the University of Sheffield and the Organisation Congolaise des Ecologistes et Amis de la Nature (OCEAN).

The story focuses on people living next to the Feronia concession and how they experience and fight against the company. While the names in the comic are fictional, the described events are based on testimonies we gathered during our field research. This includes accounts of repression and heavy-handed responses by the security services, which highlight the dangers faced by those defending their land, their livelihoods and the environment.

You can read the comic online here or download the PDF here.

There is no work from cartoonists yet.