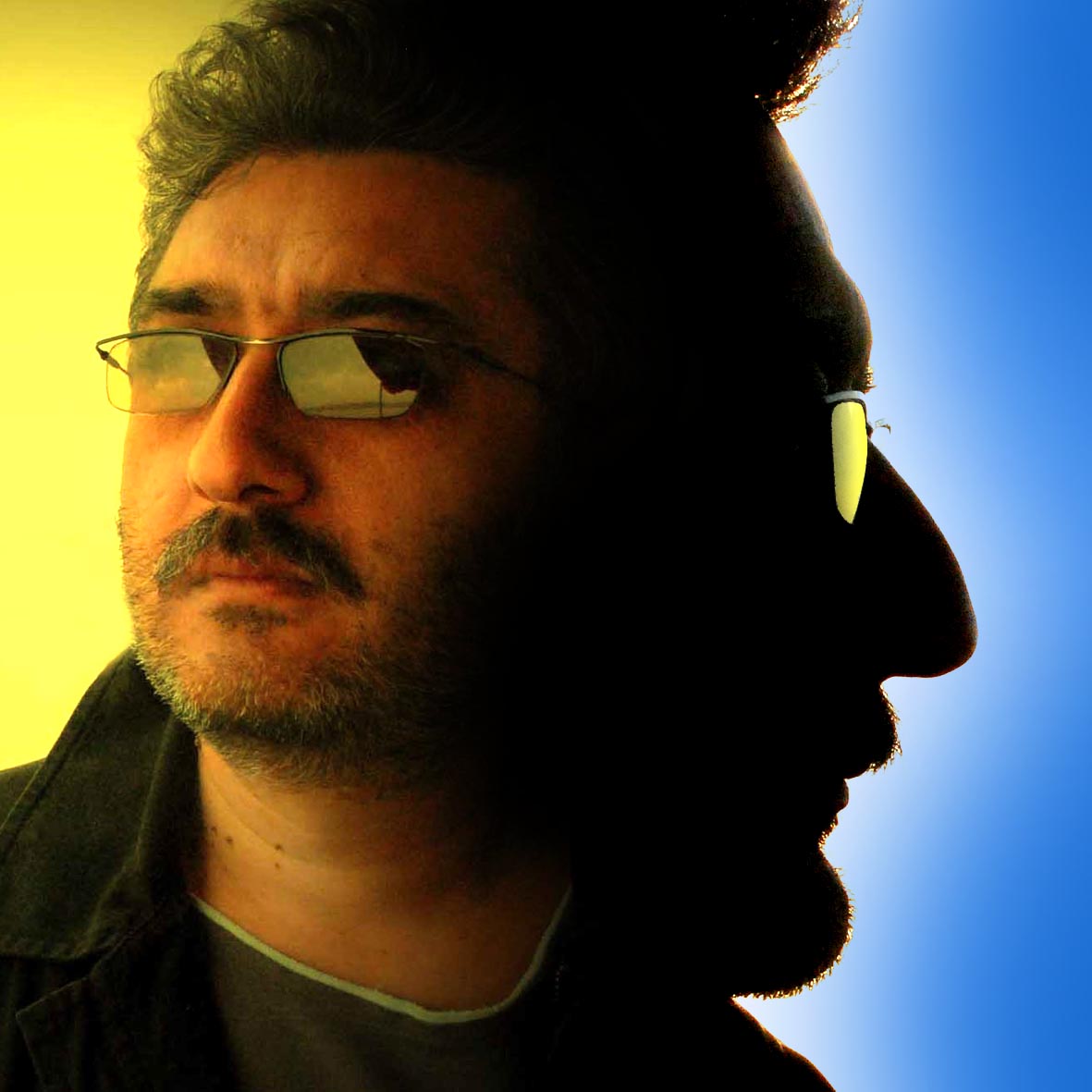 ASKIN AYRANCIOGLU was born in the village of Bağlıca in Boyabat district of Sinop (Turkey) in the autumn of 1969. He went to elementary school in the village, then, secondary school and high school was completed in Eskişehir free pension school. In 1991, he finished the Painting Department of Samsun Ondokuzmayıs University.
He has been working on painting, cartoon, photography, graphic and criticism since 1987. He has published a criticism book titled "Thousands of Hope Falling from the Face" in 2000 and a children's novel that named "Art Road-1 / The Way Towered Free Pension School” in 2005.
The cartoons of Ayrancıoğlu started in 1987, he won more than 100 awards from national and international cartoon competitions till today, took place in the personal and mixed exhibitions, albums, newspapers and magazines at home and abroad. In addition, the cartoon museums of those Yugoslavia, Cyprus, Turkey, Romania, USA, Japan, and Italy also have his works.
He was also the publishing director of Inat as "earth humor", the artist who acquitted in 2004 for two years of trial for his cartoons criticizing crime and torture in his country, and who still draws on the column of "Çizdüşün" in Sancı literary-art magazine.
Ayrancıoğlu is a jury member in many national and international cartoon competitions. Presently, in a boarding school, "Visual Arts" is giving education as a teacher and educating cartoonists and painters of the future.
He was selected "The Teacher of the Year" in 2012 in Turkey. He was also awarded as "International Best Humour Artist" artist in China in 2017. He has two children, a son named Daglar Umut, and a daughter named Didar Askin. 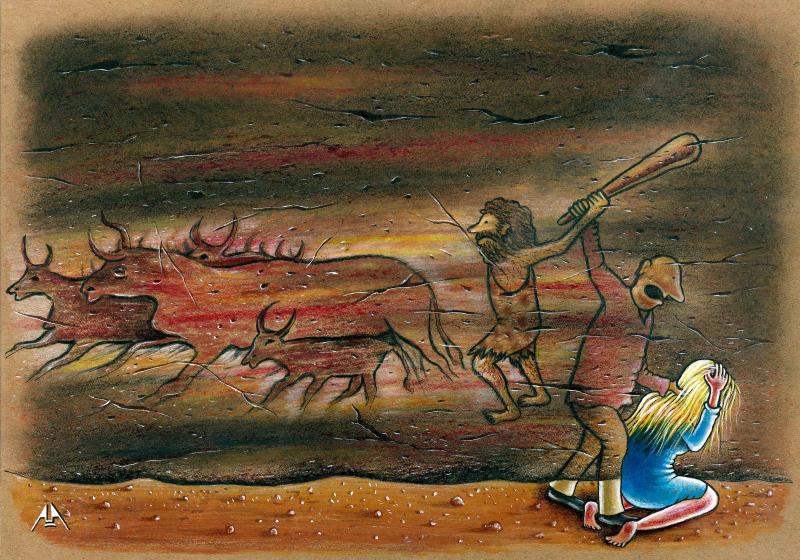 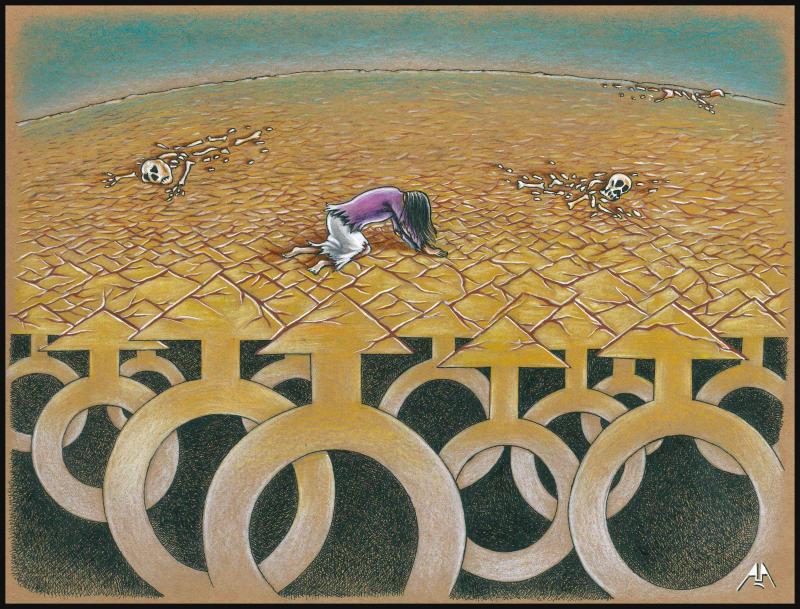 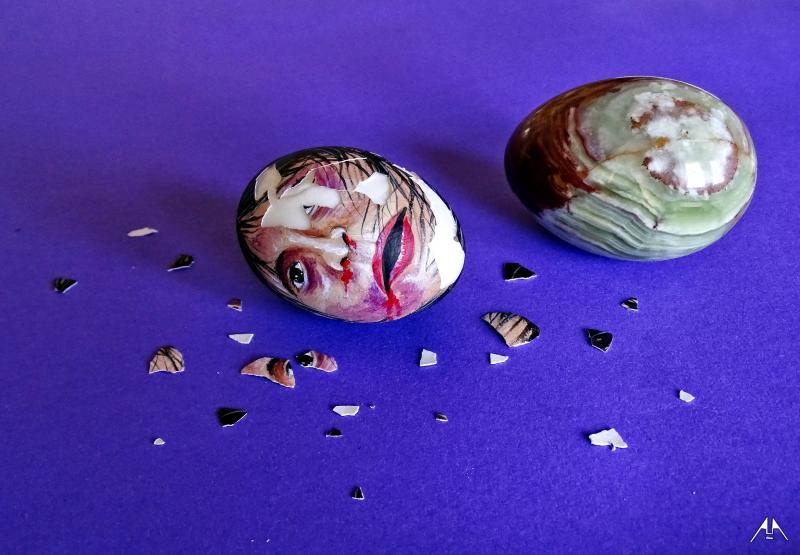 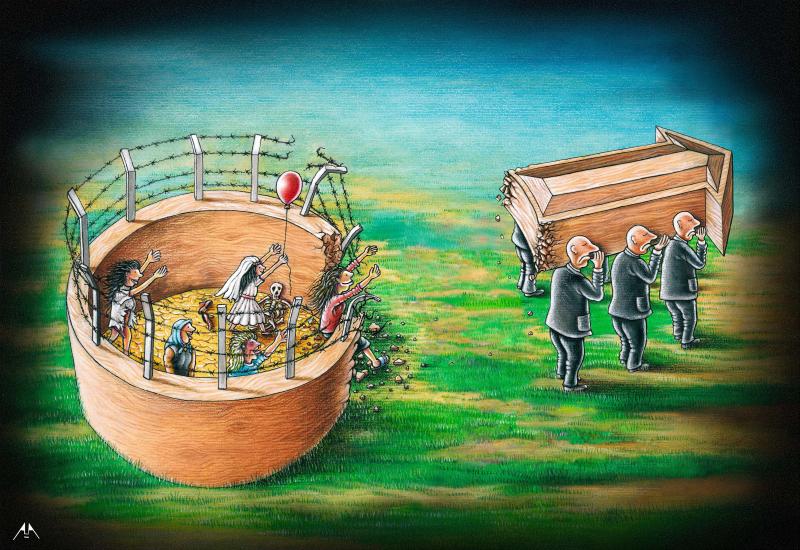 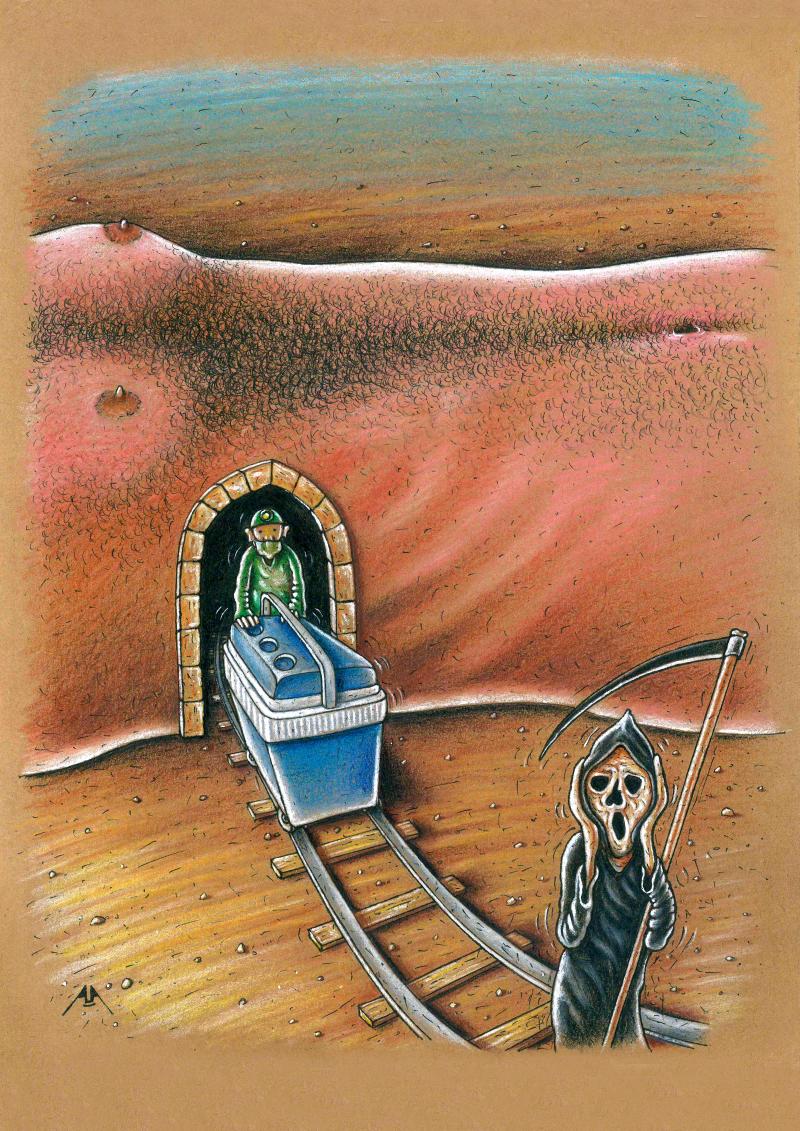 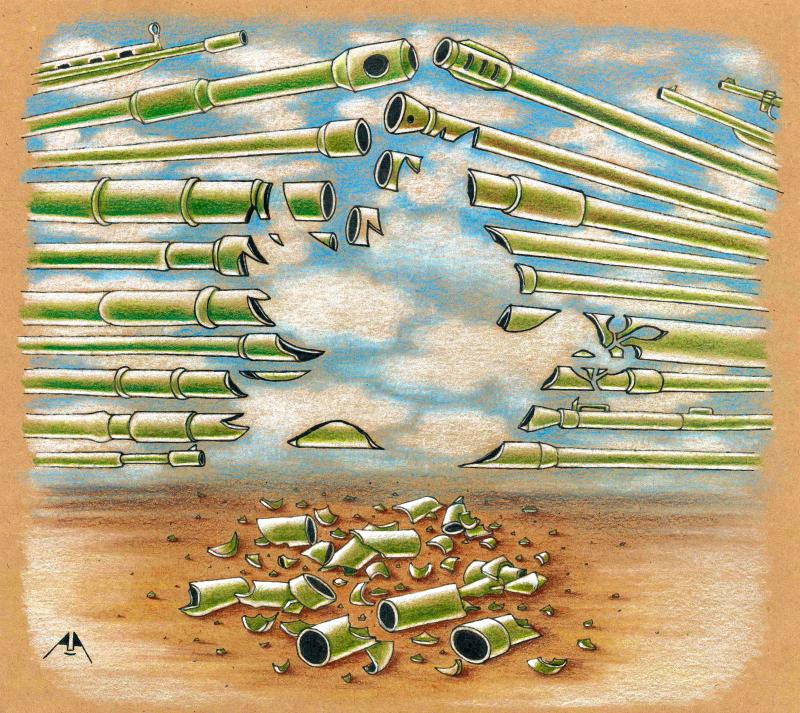 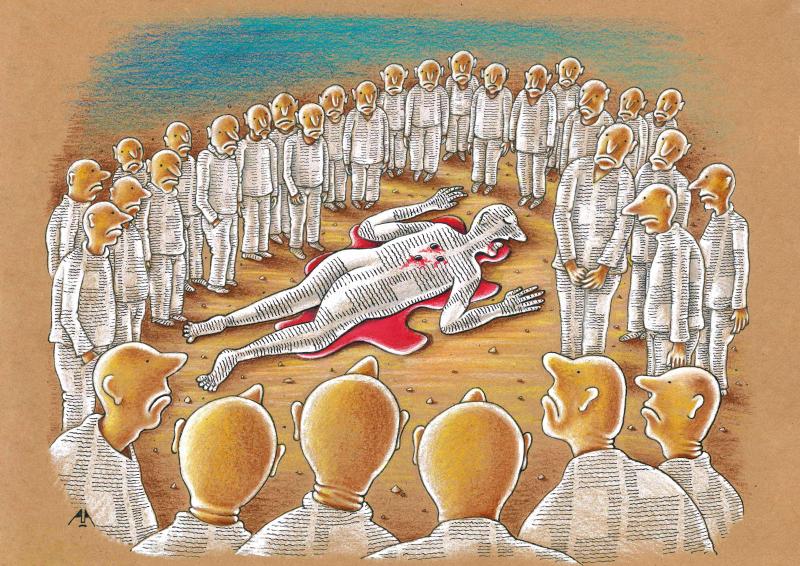 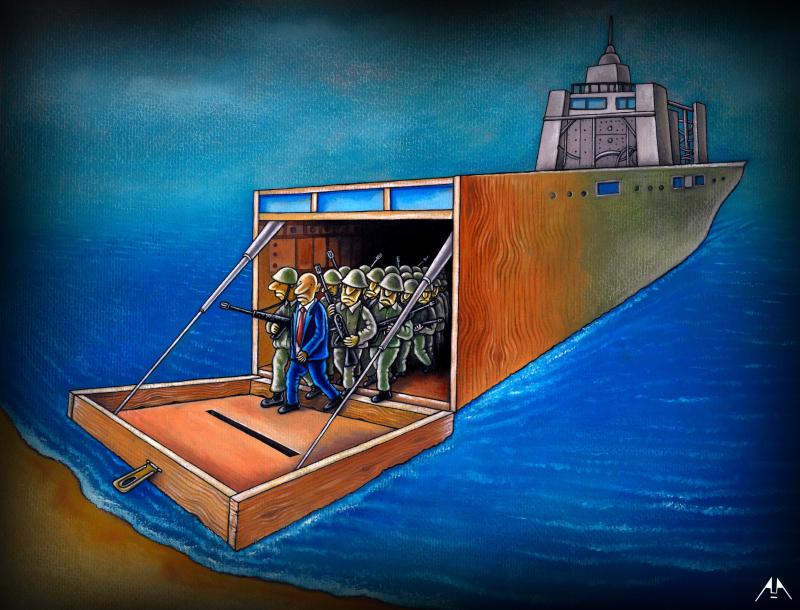 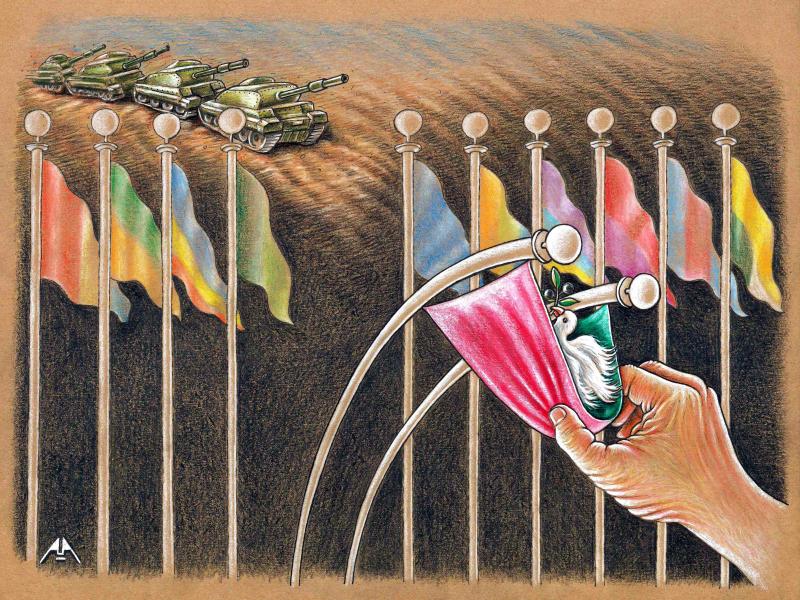 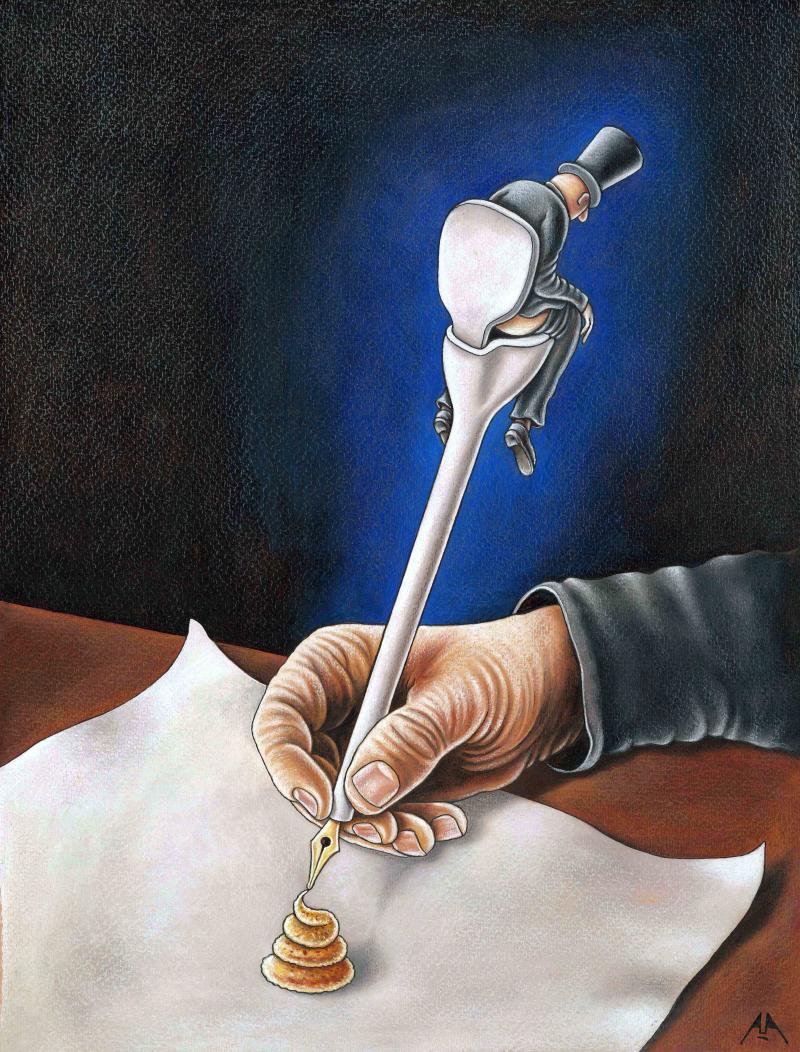 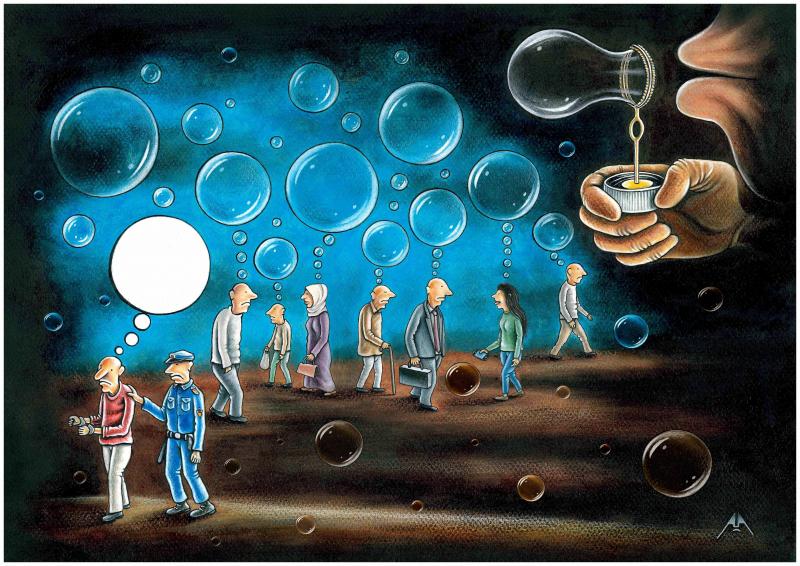 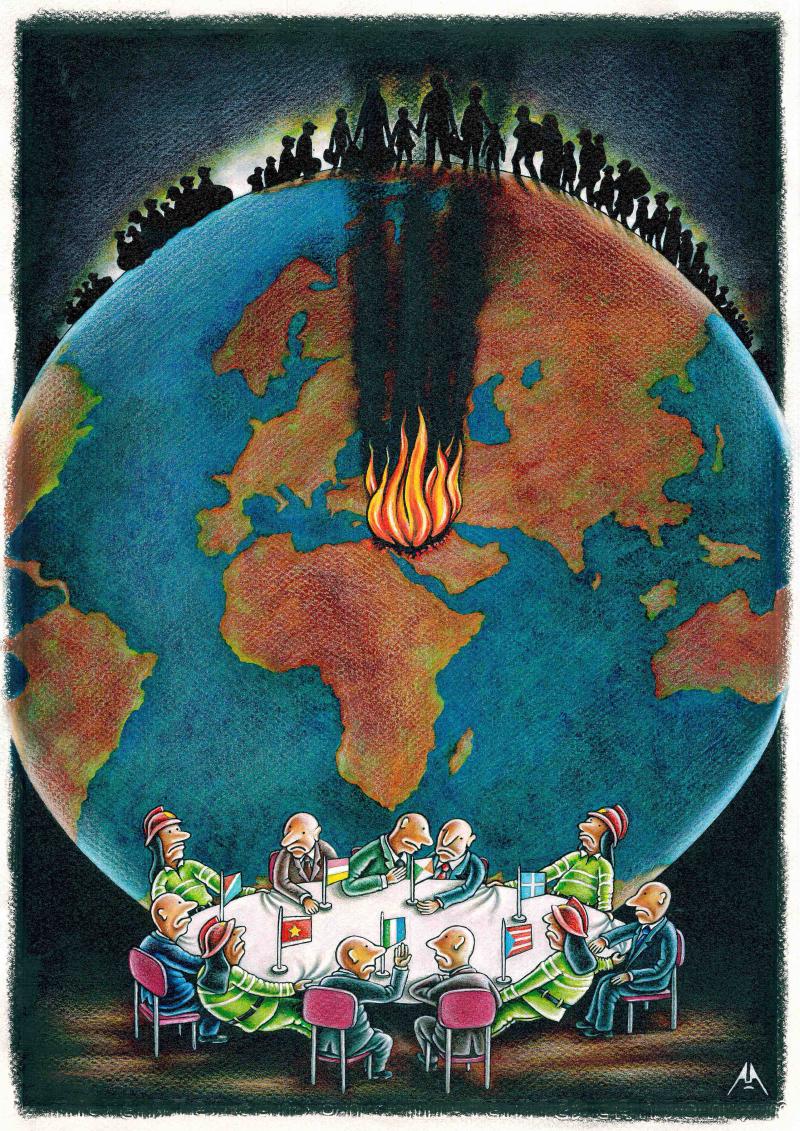 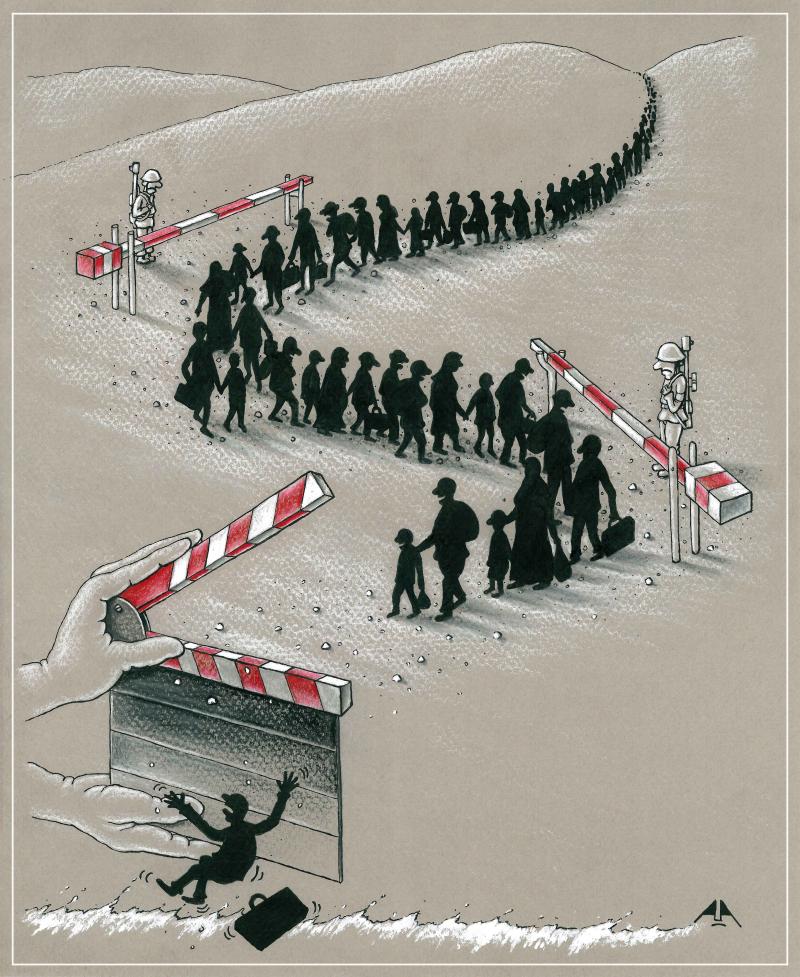 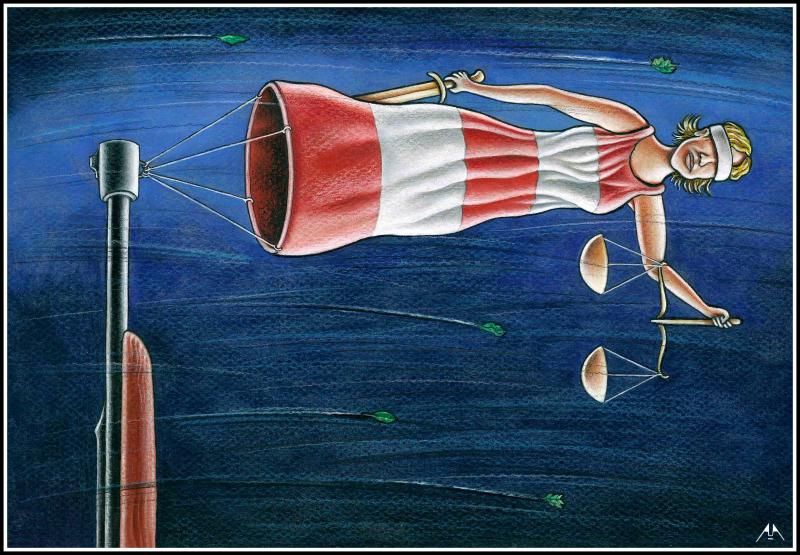