Raphaël Paquin is a graphic designer-illustrator-cartoonist-writer born on November 22, 1959 in Port-au-Prince (Haiti). After graduation at the Maryland Institute College of Art, he returns home and opened an advertising agency. He published five books of political cartoons ("Politicatures") which have appeared in a Haitian newspaper, “Le Nouvelliste”. In 1997, he is invited in Paris to showcase his paintings at the Fall Salon of Contemporary Art.

In 2007, he is chosen to illustrate two Haitian stories for “Traveling Tales”, an anthology of fables of the world published by Bazar Tales, a Norwegian publisher. History buff, he published a few books on the history of his country. He also writes humorous essays. 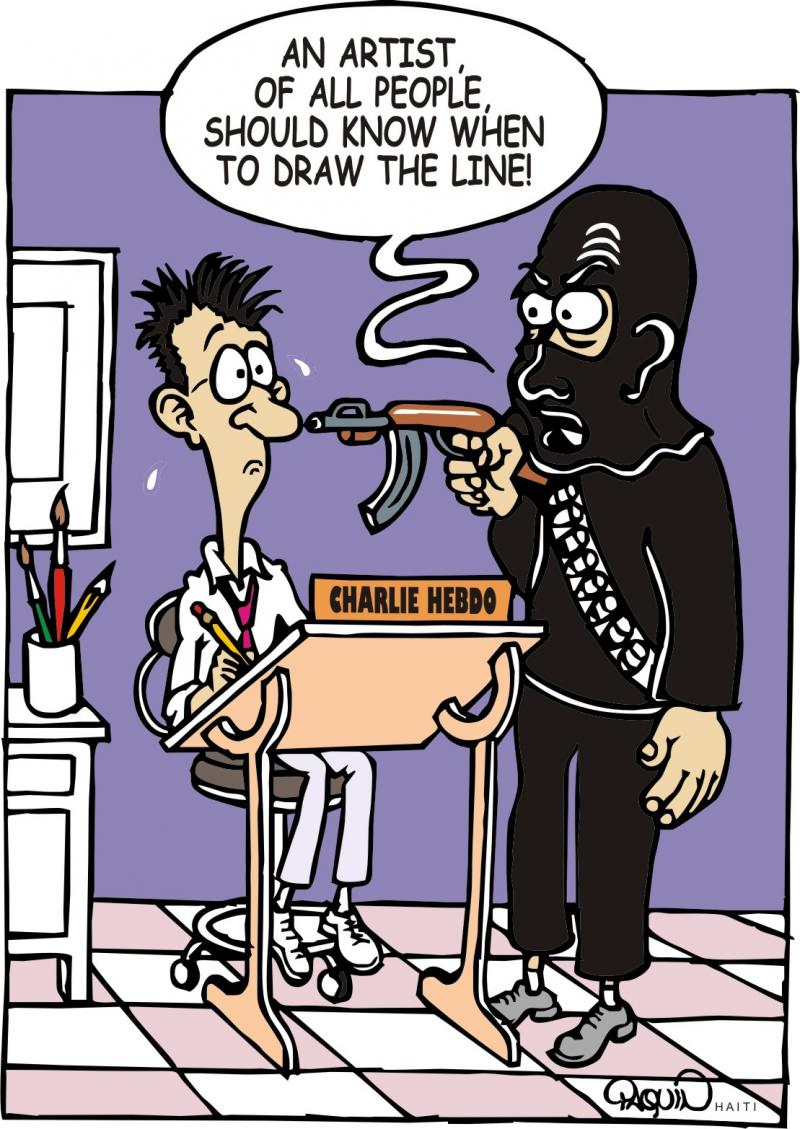